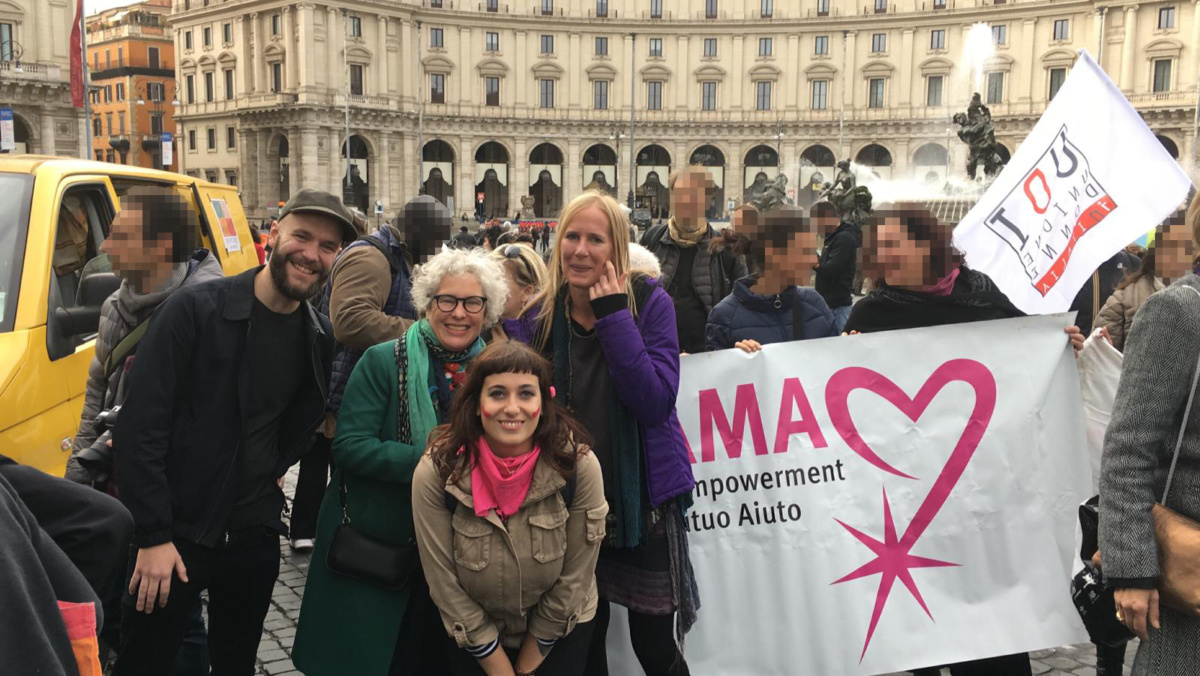 Getting ready to march. Photo: WEGO

WEGOers Wendy, Ilenia, Nick and Anna Katharina were in Rome on the 26th and 27th of November for #NonUnaDiMeno, the international demonstration to stop male violence against women.

The group joined the demonstration in Rome on the 26th. It was followed by the National Assembly on the 27th where Ilenia led an afternoon session towards next year’s strike on International Women’s day.

The demonstration, used the slogan #NonUnaDiMeno (Not one less), to recall directly the Argentinian demonstrations #NiUnaMenos, and to stand in solidarity with all women in the world that are fighting everyday against discrimination, violence, and for their self-determination.

The group concluded their stay in Rome with a final work meeting.