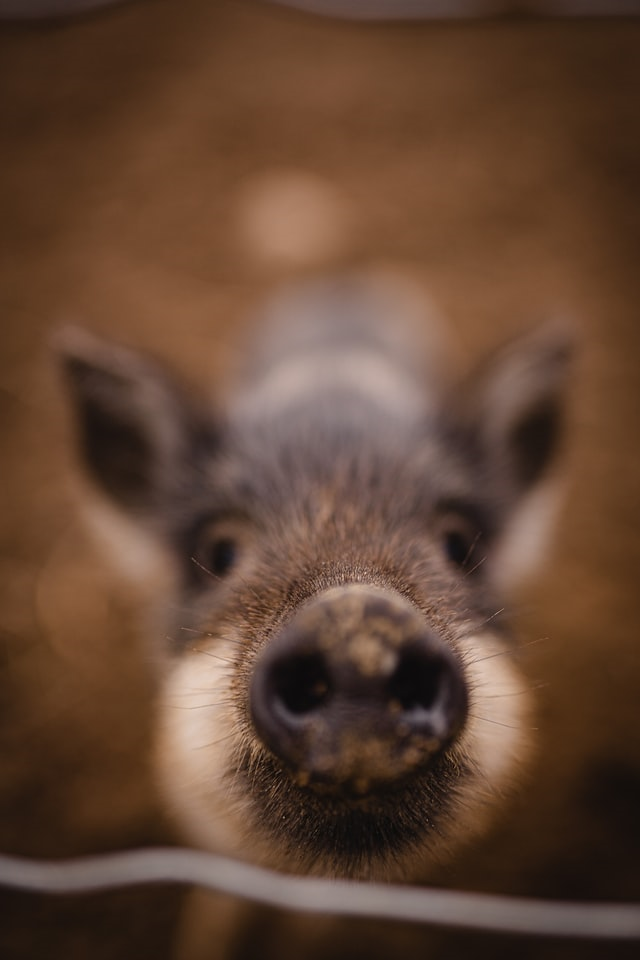 Is human speech a prerequisite to the ethical recognition of beings? The film about the life of a sow called Gunda, invites us to look beyond speech, into emotional, communicative more-than-human relations.

“My disbelief was not just existential but ethical—this wasn’t happening, couldn’t be happening. The world was not like that! The creature was breaking the rules, was totally mistaken, utterly wrong to think I could be reduced to food. As a human being, I was so much more than food. It was a denial of, an insult to all I was, to reduce me to food.”  – Val Plumwood, The Eye of the Crocodile, 2012, pg 12

The film Babe, based on the novel entitled Sheep-Pig by Dick King-Smith, and one of Val Plumwood’s muses in her philosophical writings on what it means to be food, brings to our attention a piglet as an emotional and communicative being. It tells an often dark yet romanticised story of the inner life of a family farm, where an exceptional ‘sheep-pig’ has gained a status as a communicative being in the eyes of the sensitive farmer. However, is the power of communication through speech itself the only marker of value in a ‘communicative model’ of ethical relations? Or as the Australian environmental philosopher Plumwood (2012) suggests in her posthumously published The Eye of the Crocodile: can we recognise the inherent anthropomorphic bias from which the idea of a ‘communicative status’ comes and be “sensitive to communicative capacities within species as well as to their capacities for communication with humans”?

This piece was originally published at the Undisciplined Environments’ blog. You can read the full text here.