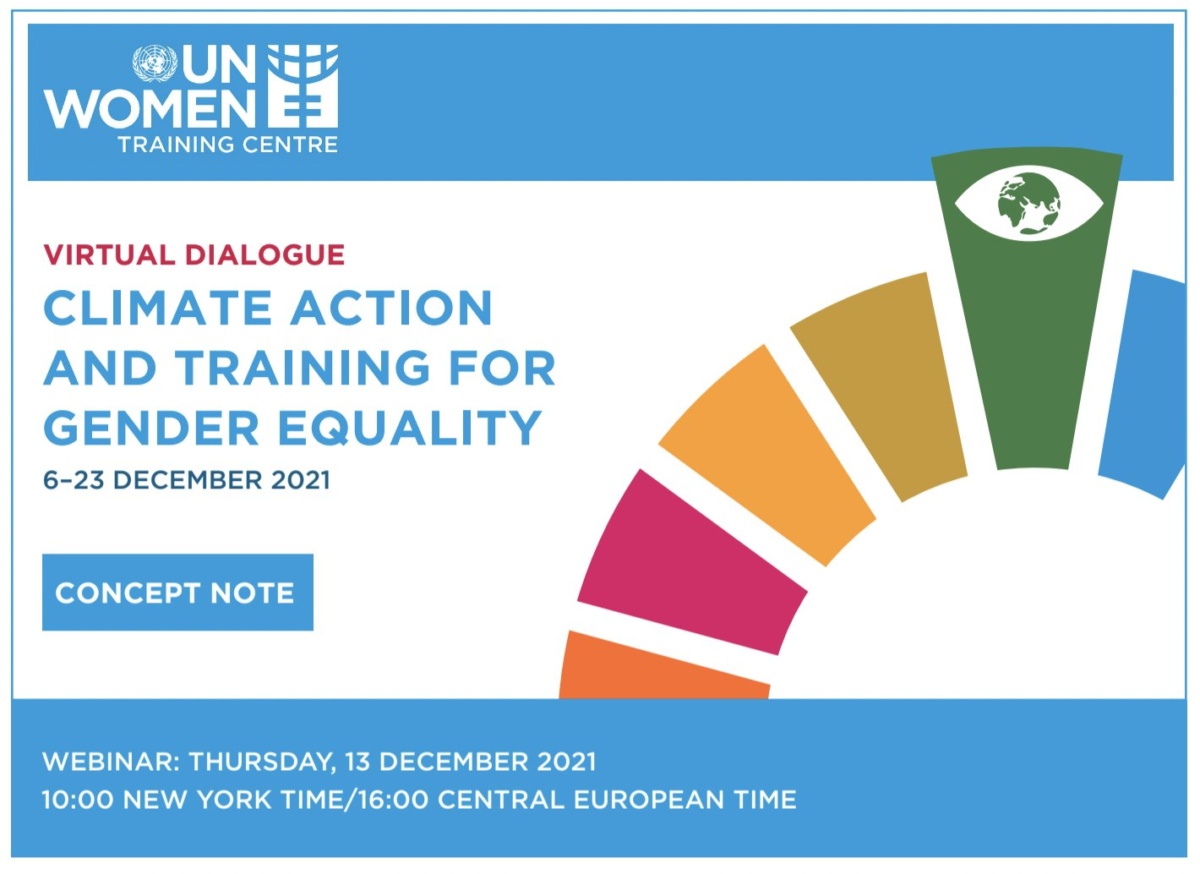 Eunice was joined by Dharmistha Chauhan, an economist with over 20 years of experience in the field of gender and community-led sustainable development; Mairi Dupar, Research Fellow of the Overseas Development Institute (ODI) and the Gender and Social Inclusion Lead and Managing Editor of the Climate and Development Knowledge Network (CDKN); and Dr Lucy Ferguson, specialist in gender equality and women’s empowerment. Dr Ferguson will moderate the talk.

You can now watch the full discussion online!

More on the event:

Climate change is the defining crisis of our time. We know that the climate crisis is not gender neutral. The impacts of climate change are gendered; that is, they impact people in different ways based on their gender. Women face higher risks and greater burdens from the impacts of climate change in situations of poverty, and the majority of the world’s poor are women. As Christina Kwauk of the Brookings Institution puts it, “Climate change exacerbates existing structural and social gender inequalities in ways that’s really led [women and girls] to experience climate change the worst and first.” Gender-based violence skyrockets in the aftermath of natural disasters, while the food shortages and financial hardship wrought by climate change can increase violence against women and LGBTQI people. Gender inequality limits the resilience and adaptive capacity of women, families and communities.

You can take part in this Virtual Dialogue in two ways: by participating in the live Webinar (in English) on 13 December 2021 and/or contributing to the CoP discussion forum (6–23 December). After our panellists deliver their presentations during the Webinar, you can ask questions using the ‘questions’ feature, which the moderator will pose on your behalf. We will post a recording of the Webinar on the CoP platform and the Training Centre’s YouTube channel. Everyone who participates by asking questions in the Webinar or posting in the forum will be credited in the Virtual Dialogue’s final report.