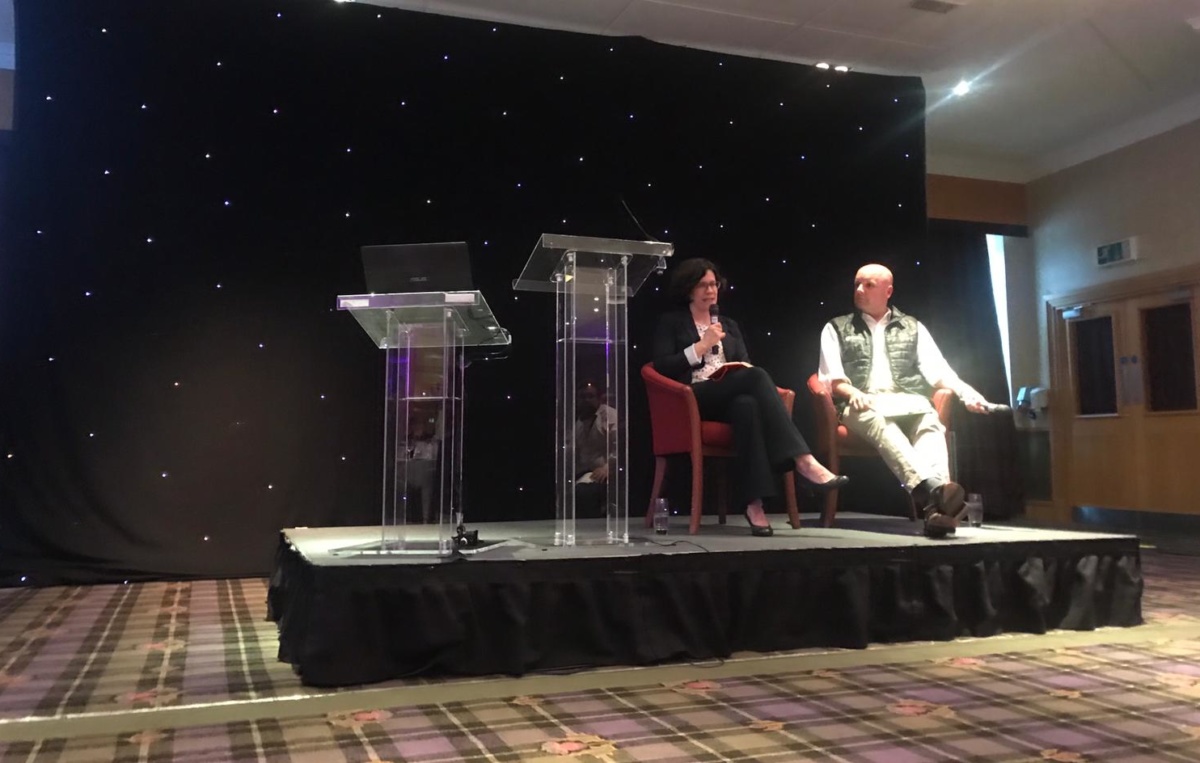 Suzanne MacDonald and Rob Snyder from Island Institute are presenting at “Strengthening Communities,” a conference in Aviemore hosted by the Highlands and Islands Enterprise.

The Strengthening Communities Conference Scotland brings together people who are at the heart of community-led development. The inaugural event was held in September 2017 and the second conference took place at the end of May 2019 at the MacDonald Aviemore Resort.

The conversations that took place over four days in Scotland echoed conversations in Maine’s island and coastal communities. The Highlands has a workforce housing crisis, broadband infrastructure is lacking, “depopulation” threatens its vitality, and its communities also are being undermined by a lack of local input into how the ocean is being developed.

The 2019 conference offered an opportunity to share ideas and experiences on the issues that matter most in community development. Its theme this year was ‘Ionnsachadh is fàs le chèile’, ‘learning and growing together’.