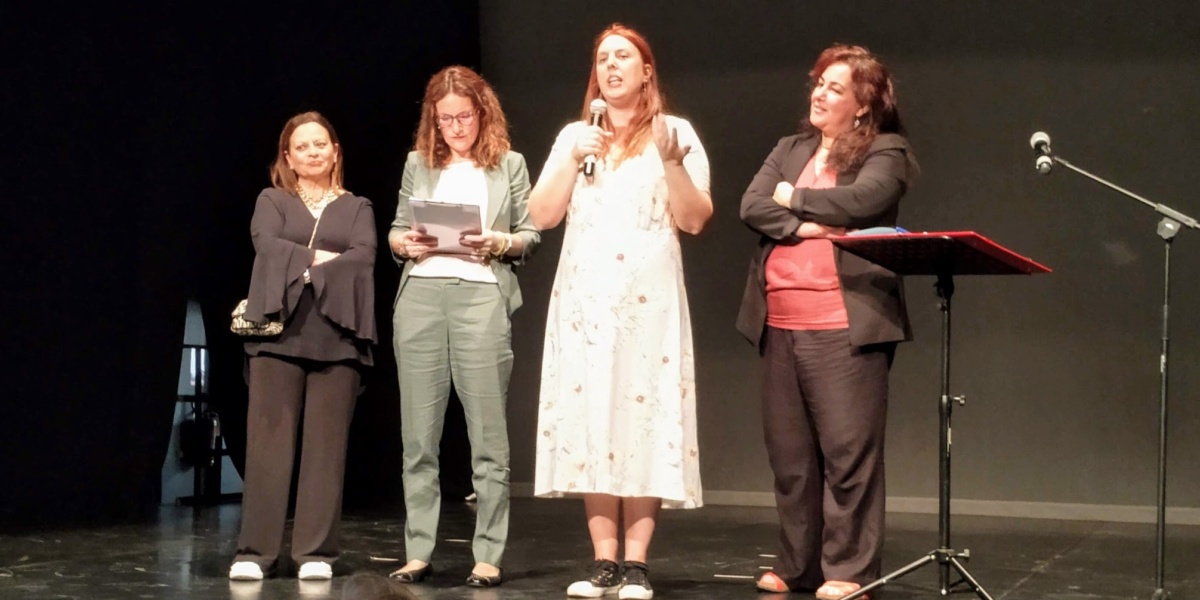 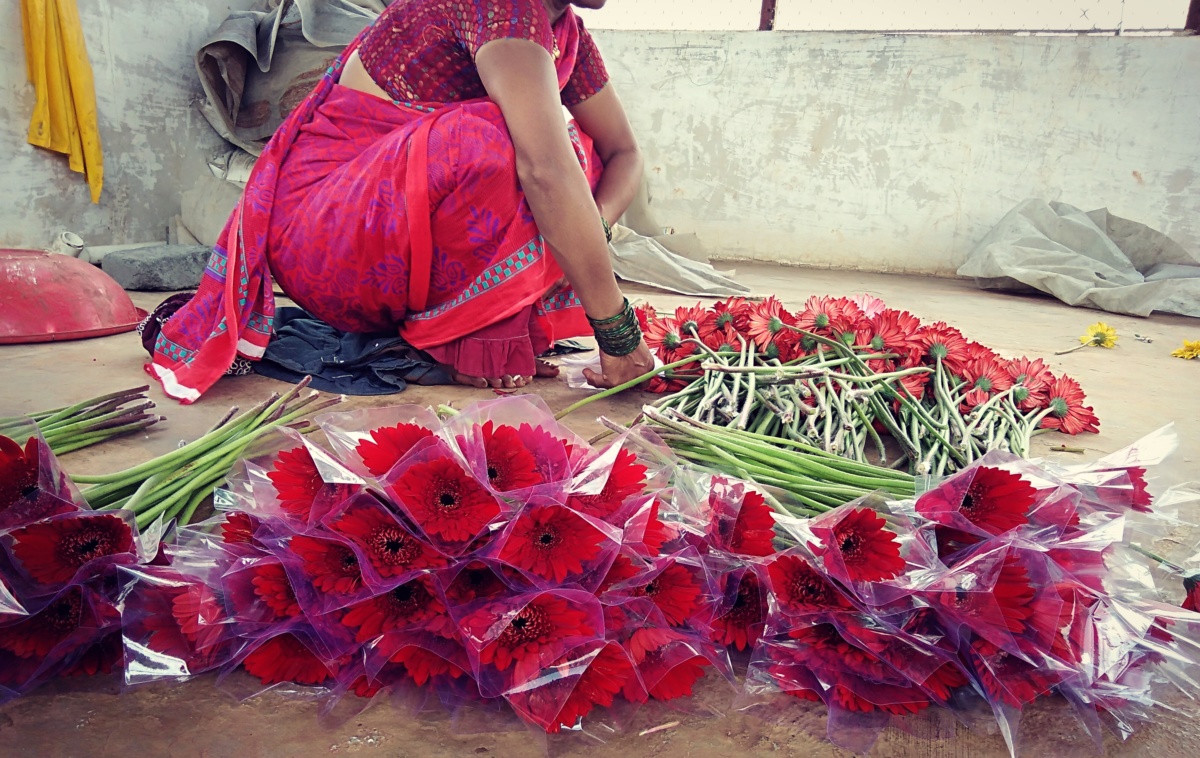 A woman working in a floricultural business close to Pune, packing gerberas that will be sold at the market the next day. Photo by Irene Leonardelli
At the moment I am doing my secondment at SOPPECOM, an NGO based in Pune (India). SOPPECOM is committed to support the most disadvantaged and marginalized sections of the population – especially women, dalits, landless in the rural area of Maharashtra- promoting practices of sustainable use of land and water resources, collaborating with grassroots groups and conducting research and advocacy work. I am learning a lot from their work and their experiences, especially from their action research programmes. At the same time, they are helping me developing my PhD research and collecting preliminary data.

With my research I focus on floricultures to disentangle processes of agrarian restructuring and water re-allocation provoked by the intensification of agriculture in Maharashtra, from a feminist critical perspective. Currently, I am trying to map the floricultural landscape of Maharashtra, learning about farming practices and water sources and uses, the history of this business and the values and symbols attached to flowers.

I am reflecting on the intersections between water flows and people flows, about gendered labour relations and consumption patterns, about all the different stories and voices that compose this reality… how to make sense and co-narrate all of this, in a self-reflective, non-extractive way? Many threads tangling in my mind: it is challenging but also very fascinating and inspiring…