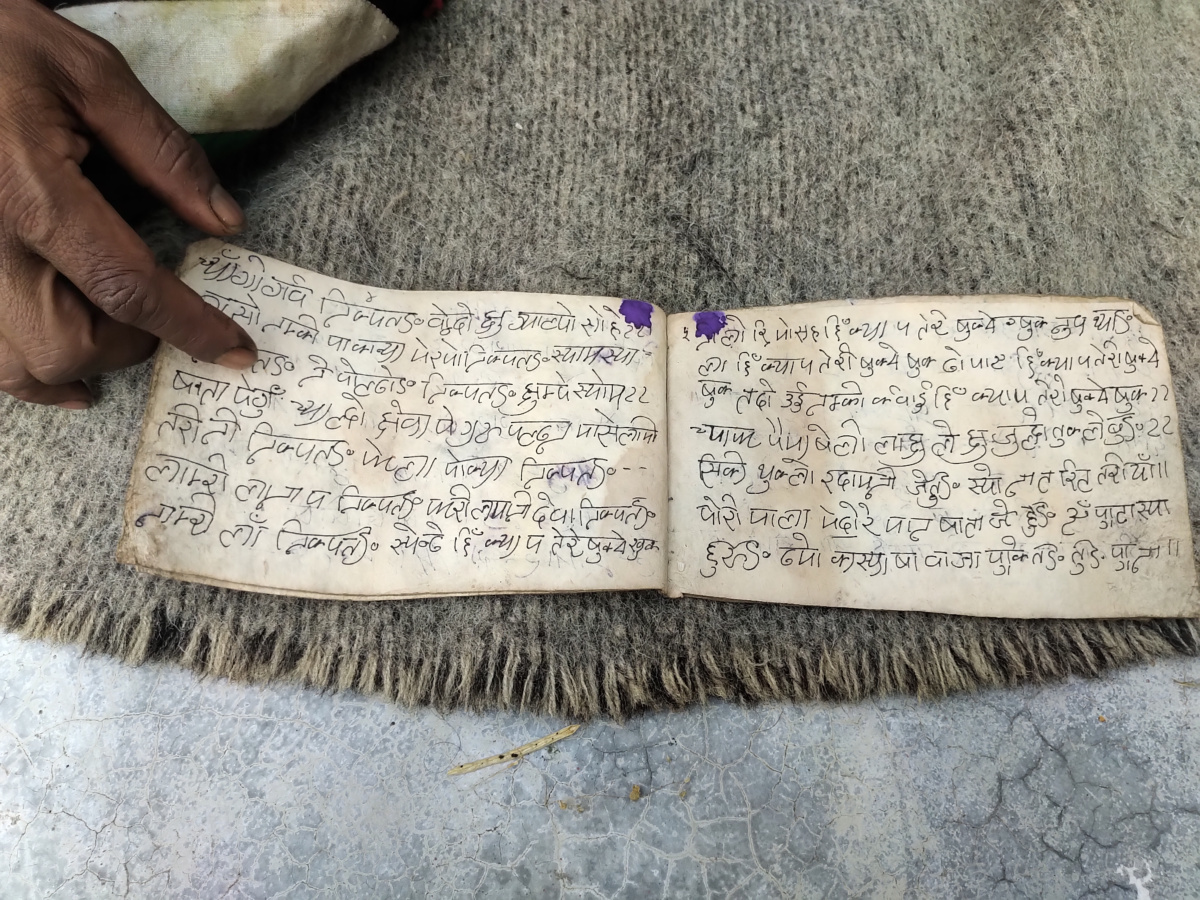 Text of a holy chant written in the local language. This language is spoken by both communities in the region - but one claims it's theirs to the exclusion of the other. Photo: Ankita Shrestha

Two hours had just flown by. We were in the backyard of a local shopkeeper’s house that doubled as an electronic repair shop. But business was closed today. The heavy wooden doors and windows had been bolted shut so no one could interrupt the interview.

The conversation was about two communities entrenched in a bitter battle over ethnic hierarchy in the village. Engrossed by the interview, I had deliberately been doing very little talking when my speaker, a local schoolteacher and youth activist, asked me:

“I have told you everything I know. And I am sure you have interviewed them too, right? Now tell me, honestly… do you think we are telling the truth, or do you believe in their story?”

I suddenly realized at that moment that I had lost my grip over the interview. In a quick turn of events, we had switched roles. And I was now being asked to pick a side.

How should a researcher respond to such a question? Should she answer honestly, knowing that she will be showing researcher bias? Or should she refrain, and explain to her research participant why she must remain impartial?

No matter which way you go, your ethical responsibility as a researcher is challenged.

You can read the full text at Undisciplined Environment.