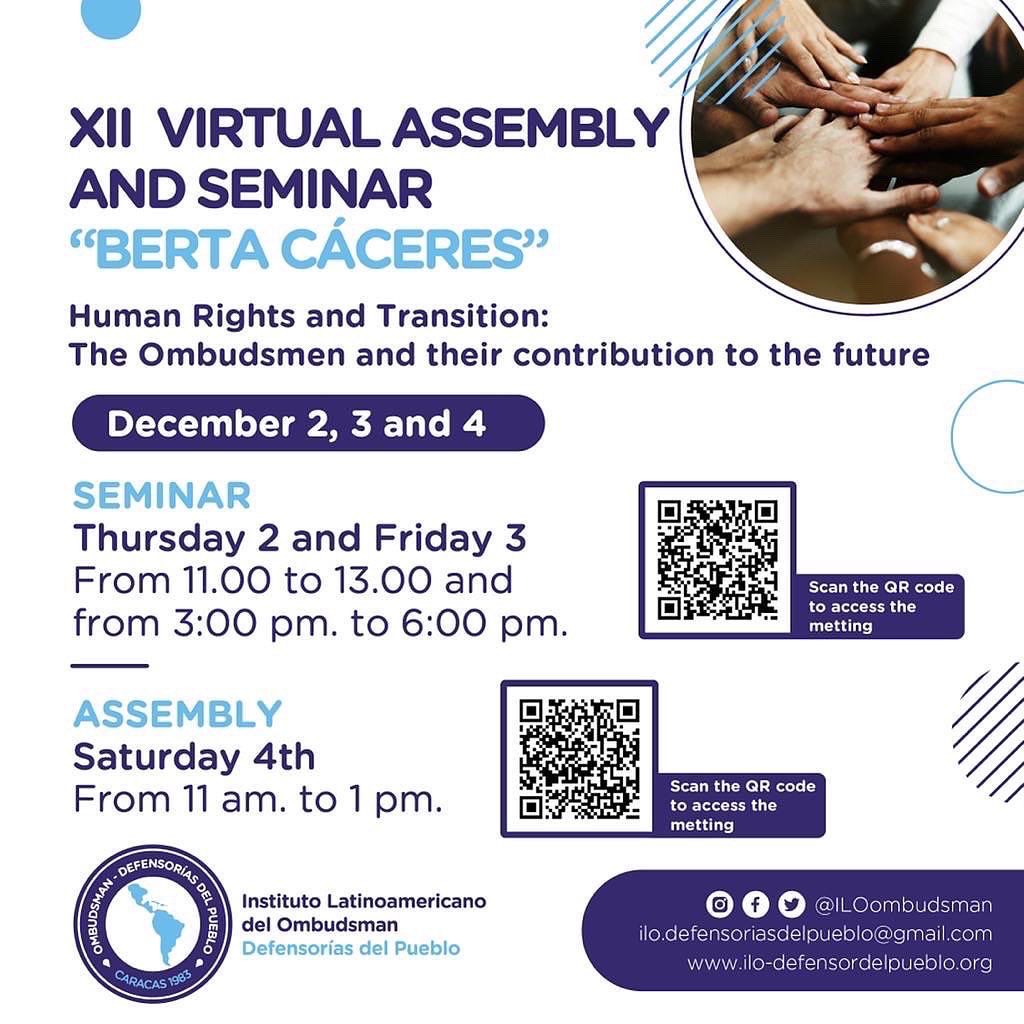 Due to the global Covid-19 pandemic, the Assembly and Seminar in 2021 were held on line for the second year in a row. In this occasion, it was named ‘Berta Caceres’, a Lenca indigenous woman from Honduras, a human rights defender, murdered in March 2016 in her home for her permanent struggle for the rights of the Lenca people, the protection of the territory and the natural environment. ILO chose to come together remembering Berta Caceres in a historical moment where the defence of Human Rights necessarily implies a defence of Life in its diversity, and because the daily reality in Latin America and the Caribbean, where there is the highest number of murders of environmental defenders around the world – mostly women -, reminds us of the centrality of that struggle in order to imagine a truly just, equitable and sustainable future. In this sense, the focus of the meeting, based on the learnings of the responses to the pandemic, was to think collectively about the transition and to do it from a perspective of rights anchored in the protection of our natural environment.

It was also decided to dedicate some of the presentations to analyze women’s rights in the region, taking into account that the encounter took place within the 16 Days of Activism Against Gender Violence. Other groups specially considered during the seminar, also in coincidence with international days dedicated to highlight their rights, were the elderly, people with disabilities, as well as victims of various forms of slavery and human trafficking. Several women with roles in these institutions in charge of promoting and defending women’s rights and other collective rights, from several countries of the region, shared their experiences, views and proposals during the seminar.

All sessions had an artistic expression representing some of the sub-regions. This was done recognizing the importance of culture and cultural expressions for the construction of just and democratic societies which value and respect diversity.

As a result of the rich exchange throughout the three days of the seminar and assembly, a final declaration was issued where among others, the following topics were highlighted:

The declaration provides a roadmap for ILO and its members for the work to be implemented in 2022, with the aim to contribute to strengthen the respect of human rights in the region.

Ana Agostino
(First Vice-president of ILO and Ombudsperson of WEGO) 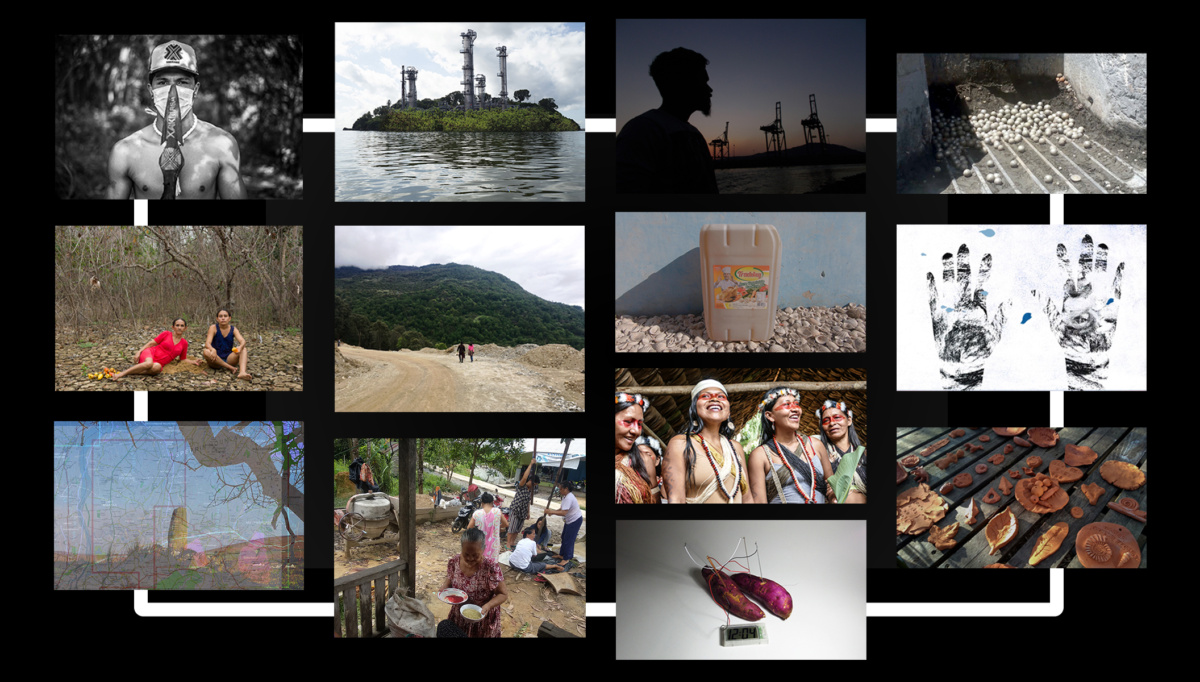 Now in its third year, the team behind the ‘Extracting Us’ exhibitions are calling for works which bring attention to aspects of resistance to extractivism that sometimes slip from view.

The ‘Despite Extractivism’ exhibition will continue the journey of activist/academic/artistic inquiry towards understanding the differentiated but connected ways extractivism impacts communities across multiple contexts. The project is also motivated by exploring how the exhibition format can be a way of fostering active solidarity.

Building on the connections between extractivism and care that emerged from bringing together the works of thirteen artists working in different extractive contexts, the new exhibition aims to further explore how everyday and creative ways of caring for each other and the environment can also be subversive acts of resistance which challenge the very logics underpinning extractivism. In these cracks in the concrete of extractivism, what kinds of fertile alternatives might be cultivated and enabled to flourish? How do acts of caring and resistance counter – and sometimes risk reproducing – extractivism?

The exhibition and accompanying programme of events will be aligned with the  International Degrowth Conference in the Netherlands in August which will be exploring the theme of ‘Caring Communities for Radical Change’, and the COP26 Climate Change Conference in the UK in November in the run up to which we will amplify the connections between extractivism and the demands of environmental and climate justice.

Contributions are invited from communities, creatives and campaigners working in places affected by the extractive industry anywhere in the world. With the ongoing pandemic context, all digital formats will be considered (visual, audio, text, video).

Please see here for the full call including the exhibition themes and curatorial principles. We look forward to expressions of interest by 7th August.

This exhibition is co-curated with the ONCA gallery in Brighton (UK) and researchers associated with the University of Brighton and the WEGO_ITN research network. 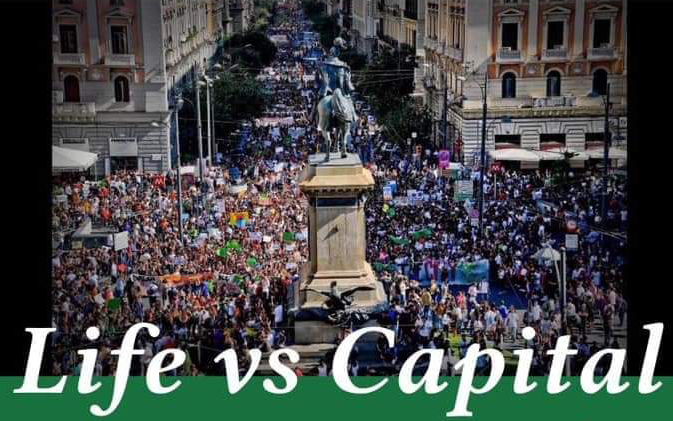 Report
Life Vs capital: Understanding the crisis, changing the world.

Life vs Capital was the first training school for climate strikers held in Naples, Italy on October 2-4, 2019.

The School was organized by the partnership of Fridays for Future Naples(FFF) and Ecologie Politiche del Presente(EPP) with funding from Guerrilla Foundation, right before the start of the second national assembly of Fridays for Future Italy in Naples. The school provided the space for horizontal learning through the exploration of theoretical perspectives and analytical tools on issues concerning climate change, urban social and environmental justice movements, decoloniality, education and pedagogy, energy transition, feminisms and commoning for students and climate strikers. The school saw the participation of high school and university students from many cities in Italy, with an average participation of 100 people at each workshop. The school for climate strikers has been crucial for the strengthening of networks across Italian students’ collectives, seeing the sprouting of more Political Ecology self-organized groups and Fridays for Future nodes in different cities.

The training school for climate activists in Naples aimed to raise awareness among students around issues of climate change while emphasizing a critical analysis towards aspects of education, sexism, capitalism and the development model based upon the exploitation of specific subjectivities and territories to gain profit. Climate change, the pressing degradation of ecosystems and the 6thmass extinction are expressions of XXI century’s class conflict, moreover, they are all aspects reflecting the incompatibility of capitalism with life reproduction.

The school has been inspired by the Zapatistas “ConCiencias por la Humanidad”, where we strived to approach environmental education via non-hierarchical and non—frontal pedagogy. We have experienced the importance of continuing the quest for alternative methodologies in approaching students and strikers on topics that demand a transversal strategy in order to account for the complexity of the topics. It emerged that even if media and educational systems do not represent properly the complexity, students are gaining consciousness around the four interrelated mechanisms of oppression through which capitalism keeps its global control: class, gender, race and species. Students have shared the need for alternative educational systems and methods in order to acknowledge that Extinction Capitalism is simultaneously classist, patriarchal, colonial and speciesist. The school aimed at casting a light on the interlinkages and interdisciplinary tools to build intersectional alliances to deal with all aspects of oppression and to avoid authoritarian drifts that can manifest during a state of emergency. 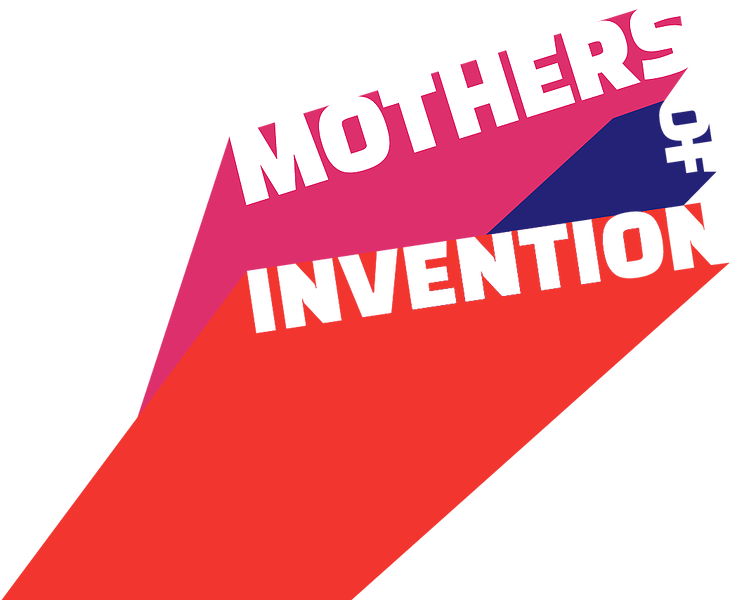