Key to the work of WEGO-ITN is its public engagement with local communities as well as engaging in debates and discussions as well as advocacy at national and European level. WEGO aims to translate its research findings and knowledge built together with the communities with whom they work into societally relevant events that can lead to social and economic change. In this section we show the variety of public engagements WEGO-ITN is fostering.

Blogs from the WEGO community 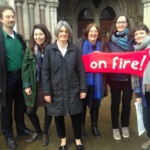 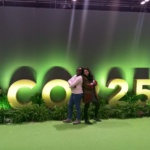 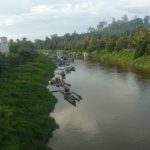 Business as usual in the coal mining area: resource exploitation in Kalimantan 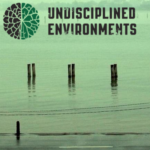 Whoever does not have peasants, should find them: the food injustice of pandemics 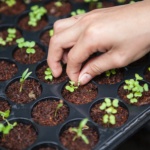 Coronavirus and the much needed overcoming of capitalism 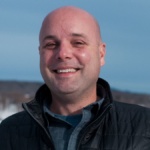 Resilient leadership in times of crisis 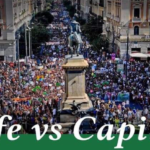 A school for climate activists 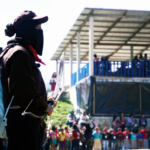 Feminist communitarian organization in times of femicides. Insights from the second international encounter of women who fight 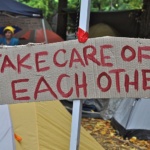 Learning to care as a feminist 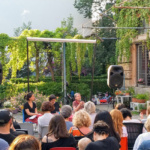 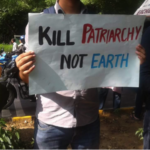 From our friends in Undisciplined Environments 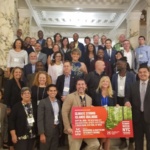 Field notes on the UN Climate Week in New York

Are We Having One or Two Capitalist Crises? Read the blISS blog 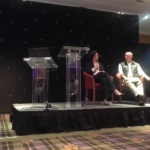 Irene Leonardelli on secondment in India

On 28 November 2019, WEGO PhD Dian Ekowati hosted a film screening and discussion on forest communities and palm oil that explored loss of forest cultures and livelihoods in Borneo. The screening included conversations with artist Deru Anding and Professor Rebecca Elmhirst of University of Brighton’s Centre for Spatial, Environmental and Cultural Politics.
This was within the Generations programme for Lost Species Day 2019, with the series of films shown on the night exploring research by University of Brighton and CIFOR into issues related to care, gender and youth in the expansion of oil palm in Indonesia. The screening took place at the ONCA Gallery in Brighton, UK.

On 9 April 2019, a training seminar on Feminist Political Ecology (FPE) between WEGO and the Defensoria de Vecinas y Vecinos de Montevideo (DVVM) took place in Montevideo, Uruguay. WEGO PhDs Constance Dupuis and Nick Bourguignon and WEGO mentor and DVVM ombundsperson Ana Agostino conducted a seminar with the DVVM team that aimed to introduce FPE, some FPE concepts, and how these relate to the work the DVVM carries out. Emergent thoughts and issues included, among others, the importance of grounding FPE in relation to the public that is being engaged, how DVVM themes on mediation and conviviality resonate with FPE themes on commoning and embodied experience, and how FPE can adopt in a broader manner a humans rights approach that is the core of DVVM approaches

For a week in August 2019, part of the WEGO team gathered with other academics and activists of diverse places, ages and experiences at the S. Maria del Giglio convent by Bolsena lake, Italy, and hosted by WEGO partner Punti di Vista (PdV) for a feminist methodologies writing retreat. By living and learning together in and around the convent, participants were able to go beyond thinking about feminist methodologies at a theoretical level and were able to experiment with practicing feminist political ecology and doing academia otherwise. A book is being planned that aims to collect on learning and reflections from this retreat.