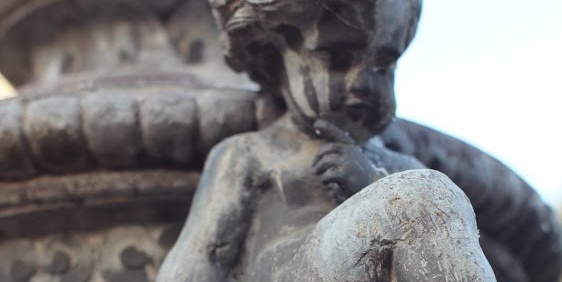 Donna Haraway is no stranger to controversy. In her long and successful career of feminist provocation she perhaps has never shocked so many people as when she engaged in  in the topic of population these last 5 years.

In 2015, Haraway sparked renewed controversy in the population debate by publishing Anthropocene, Capitalocene, Plantationocene, Chthulucene: Making Kin in which she laid her proposal for  ‘Make Kin Not Babies’. One of the key points in the article – mostly worked out in an extensive endnote – is that for the sake of the future of life on the planet, Haraway argues that human numbers should wind down to around two to maximum three billion people through a voluntary reduction in birthrates, especially among the rich. She notes that few ‘on the left or whatever name we can still use without apoplexy’ can deal with any discussion of population at all because of the ‘neo-imperialism, neoliberalism, misogyny and racism its history contains’ (Haraway 2015). Haraway is firm; ‘But denial will not serve us … Blaming capitalism, imperialism, neoliberalism, modernisation, or some other “not us” for ongoing destruction webbed with human numbers will not work’ (Haraway 2015). She is not wanting coercive means to reduce the population but to institute kin making along with new and just societal structures (including policy) which would require such kin making (for people to make non biological kin, and even more-than-human kin) to happen.

While she shows concern for the undoubtedly problematic genealogy of her claims and their dubious relation to reproductive justice, Haraway’s entry into the population debate has stirred up a lot of flack. In a follow-up book Make Kin Not Population by Prickly Paradigm published in 2018 (edited together with Adele Clarke  based on a 2015 conference panel) Haraway writes:

‘I have been screamed at after lectures by my feminist colleagues of many years, told that I can no longer call myself a feminist (…) for arguing in public that the weight of human numbers on a global scale, however broken down by analysis of structured inequalities, opposition to ongoing racist population control programs, and many other important things, is an outrage.’

In fact, Make Kin Not babies has found the most resistance by the very people she seeks to address.

In preliminary fieldwork in the UK, during which I participated in reading groups discussing the Make Kin Not Population book, I saw the amount of anger, and disappointment expressed by feminist scholar to the text.  Sophie Lewis dedicated a London based journal the Feminist Review article to her own disappointment with Haraway as a thinker where she argues that Haraway takes ‘a decisive turn towards a primitivism-tinged, misanthropic populationism’ and ‘trafficking irresponsibly in racist narratives’. Haraway’s attempt to bring new life into the population debates – because, as she describes it ‘the weight of human numbers’ is important – has sent ripples in academic and activist environments.

One of the themes of my PhD work is to follow these ripples over the coming years in order to address a wider question of how emotion and communication is affecting 21st century academic population debates and how these responses are impacting on global family planning policy.

As part of my PhD training I co-organised along with other WEGO members based in The Netherlands, an open discussion on the 13th of May 2020at IHE Delft for people who had seen the film ‘Donna Haraway: Storytelling for Earthly Survival’ by Fabrizio Terranova. The 30 people attending the discussion had a lively debate about the role of feminist theory and the link to science and social science scholarship and their real-life implications.