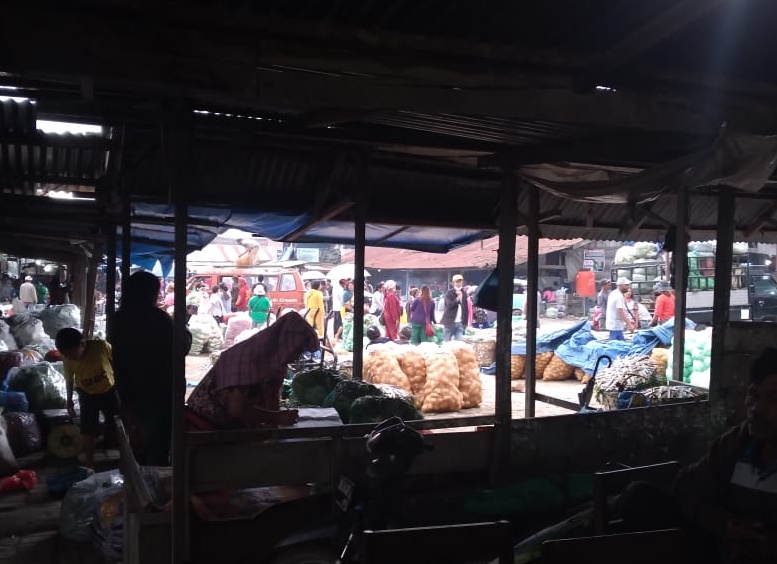 Cancelled weddings, work challenges, homesickness, menstruation talks, loss of friends to Covid-19. Even with all the hardships, our enthusiasm at the Ruang Baca Puan Collective did not subside to promote activism and cultivate feminist literacy.

Since last year, I have initiated, along with local activists from Java, Kalimantan and Sumatra Islands, the establishment of Ruang Baca Puan Collective’s, as a reading room and literacy collaboration for Indonesian women. On January 23 2021, the Ruang Baca Puan Collective had its first meeting in 2021. We are composed by ten women of different ages, professions, religions, education, and from different island, who are united by activism and feminist literacy.  Unfortunately, two of the members were unable to join the meeting: Fiqoh, a very busy labour union leader, and Sartika, who had to deal with her early pregnancy. The rest, eight of us – four people in Samarinda and Bengalon, East Kalimantan province, one person in North Sumatra province, two other people in Jakarta, a WALHI / Friend of the Earth Indonesia activist and a high school student, and I, myself, in Passau, Germany. Together, we coordinate the Collective, including organising an ecofeminist Literacy Course which will start next month.  It seems the COVID-19 pandemic has created a more shortened space and time through online platforms. The boundaries separating global and local community become thinner and even borderless, as if the air or the landscape that is originally not limited by administration.

The online meeting began with collective “care”. We shared news on what we are going through, so that we are aware and supporting one another, if needed. I use the term ‘care’ not in the shallow meaning when it translates to ‘peduli’  in Indonesian language.  ‘Care’ here is in the context of ‘politics of care’, it is beyond the meaning of “peduli”, which sounds more superficial. It is ‘care’ in a more political sense, for instance, I became an activist because I care for myself (self-care), my community, and nature.

The collective ‘care’ was a fun and emotional part, there were many stories told. One of the members said, “I haven’t had my period for 8 months.” She then reflected on why her body reacted this way. As it turned out, this was because of her lifestyle that has changed slovenly, irregular eating, eating junk food such as soft drinks, and lack of sleep. Recently, her gout has recurred so her family was worried and took her to the doctor. However, after she changed her lifestyle into a healthier one, her body began to make peace with herself. She was celebrating the return of her menstrual cycle.

Another member said that she has grown a keen interest in growing plants since she has to work from home due to the pandemic. We’re shown pictures of her small yard that looks nice and green. She has become increasingly paranoid because COVID-19 is now close to her family’s circle. The collective members who live in East Kalimantan also feel the same way. Interestingly, there are many COVID-19 clusters around coal mining sites, where many people come and go. One of the company contractors of Kaltim Prima Coal, the largest coal mine in Indonesia, is known to have more than 1000 employees affected by COVID-19. Unfortunately, these clusters have not been widely discussed because they don’t want the money machines for the oligarchs to decrease. Despite the workers falling sick, the extraction machines don’t stop.

The capitalist economic system has always found its way to increase profits in the midst of crisis. I remember the protest against Omnibus Law in Jakarta and around Indonesia in October – November last year which was ratified by the central Government and Parliament in times of pandemic. This law is a legal product  that will make it easier for mining companies to access permits, operate without proper Environmental  Impact Assessment, and even get free royalties. In the meantime, the local communities who live in the area where the natural resources are continuously extracted, have to suffer multiple times. The Mining Advocacy Network (JATAM) in its report last year stated that the local community had been hit by mines, and now were being hit  by a global pandemic.

Another interesting story shared in our meeting is about healing after a failed wedding. One member of the collective told us, “In the last two months my life has been so hard, it’s like a roller coaster ride,” she said. She failed to get married last year, and had to heal not only herself, but also her family. On important note, she and her partner consciously agreed to cancel the wedding even though the invitation had been spread out to the public. At least she managed to calm her family down and made peace with herself. I was glad to hear her story about finding a way to heal her mother by keeping her busy planting ornamental plants at home. “The key is buying her flower pots and providing her flower seeds,” she said. I was even amazed to hear that she decided to attend her cousin’s wedding, who got married for the second time. She has prepared herself to answer the stigma of unmarried women or women who failed to get married. She had expected the conversation to turn out to be, “Your cousin has been married twice, you even failed to have one.” I agree with her, a big smile is the most civilized way of responding to that sentence in a society that considers marriage as an obligation, the end of achievement, promotion to higher degree and noble path to heaven.

Even so, there was a member of the collective whose activities remained unbothered. Her name is Delvi. I met her in Central Kalimantan last year. At that time she was an activist for Women’s Solidarity. Now, she is in Brastagi, North Sumatra. Even when we met online, she was at her mother’s coffee shop in a busy traditional market in Brastagi. Every now and then she would stop the conversation because he had to serve the customers. “There are lots of talks in this coffee shop, from gossip to politics,” she said. Her relationship with customers is very close. “We can even ask for free vegetables or fruits, if their goods are kept in the shop,” she added.

I, in Germany, had a very different story. I am studying Feminist Political Ecology  with the chair of Comparative Development and  Cultural Studies at University of Passau. In the past week we’re required to wear N95 masks on public spaces – any kind of cloth mask is prohibited. All shops including restaurants are closed since before Christmas, and only raw food stores are open. The school’s teaching and learning system is conducted online, although some offices are still open, they are recommended to work from home. As predicted, the winter season has made it difficult for the number COVID-19 cases to fall. Europe is now entering the second wave of COVID-19, including Passau, a city where I live with a population of about 50 thousand people, located on the German-Austrian border.

Even though there are those who failed to get married, had their menstruation stopped for 8 months, unable to return to their hometowns, and lost their close friend because of COVID-19, our collective enthusiasm with the Ruang Baca Puan Collective  does not subside to promote activism and cultivate feminist literacy.

The Ruang Baca Puan Collective  was originally a reading group of Vandana Shiva’s works, which consisted of  environmental justice activist part of  the networking of TKPT, JATAM and JATAM East Kalimantan. Last year, we discussed Vandana Shiva’s books on ecofeminism, including a critique of the essentialization of women’s roles. This discussion then inspired us to share knowledge through the Women Reading Room which was made opened to young girls in summer 2020. There were around 119 participants who registered and only 20 people were selected to take online classes from June to September 2020. Some of the alumnae later joined the Ruang Baca Puan Collective and will organise the first feminist literacy course in the rain season January – May 2021. Last week, they held a book discussion of “Feminism for the 99%, A Manifesto”. We are proud to be able to do it collaboratively and collectively.

What does the Ruang Baca Puan Collective do? Visit our website on www.pejuangtanahair.org