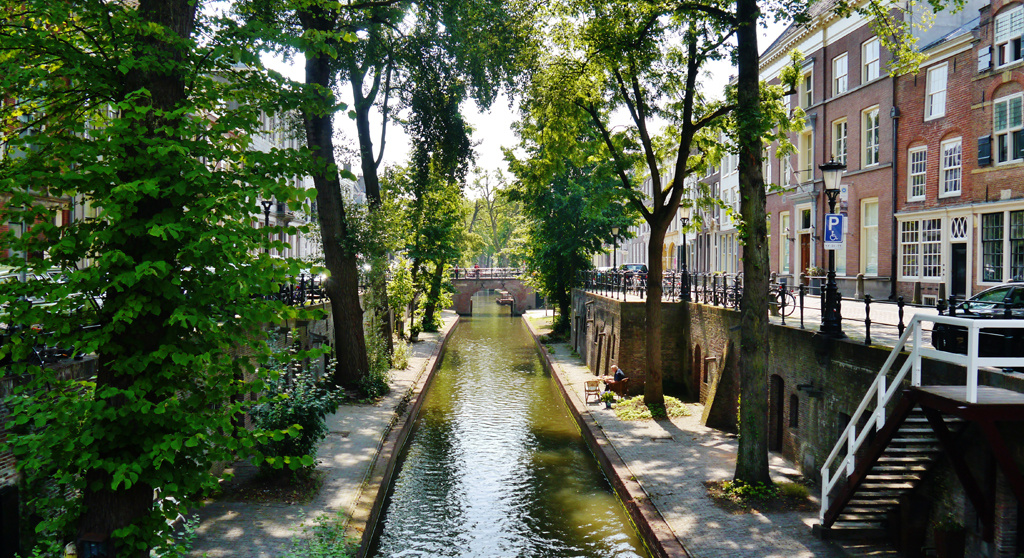 Old City of Utrecht, The Netherlands. Photo by Zairon - Own work 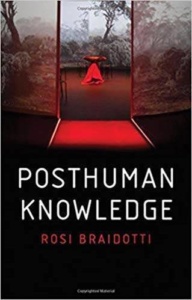 In her latest book, Posthuman Knowledge (2019), Professor Rosi Braidotti encourages us to see today’s all-too-common exhausted condition no longer as (only) a pathological state that needs to be cured. Instead she proposes that we ‘see the intensity of the discomfort [of exhaustion] as a motor of change, expressing also the capacity to open up to non/in-human and other-than-human forces.’ For example, having too little energy to hold on firmly to the ‘I’ – to the stable sense of a personal, separated self – may lead people to recognise the interconnectedness of life or, perhaps, the fickleness of personal identity.

Rosi Braidotti is a philosopher and critical theorist in the new materialist tradition who combines insights from Spinoza and Deleuze with feminist theory. Her work in the 1990s on nomadism as a way to navigate complex contemporary subjectivities was followed by an emphasis on ‘posthumanism’, which she defines as the convergence of the movement away from humanism (of universal ‘Man’) and moving on from anthropocentrism, as necessitated by the devastation of the sixth mass extinction.

Arriving to professor Braidotti’s yearly summer school, tired from nothing more than, well, daily life amidst the fourth industrial revolution and sixth mass extinction, this suggestion that exhaustion could also lead to good things seemed interesting but ever so abstract and unattainable. In fact, most of the presentations I attended that first day used language I was utterly unfamiliar with and which meaning seemed too complex to grasp. I remember regretting ever having signed up and telling myself off for putting myself in situations where I am the beginner, always. That Monday I didn’t think I would ever be able to talk about such terms as vital matter, radical affirmation, Spinoza’s dual conception of power (potestas and potentia) or ontological relationality. Yet fast-forward to the Friday and I find the concepts themselves had already begun, if only a little bit so far, to make me see things differently, not least the participants of the course.

The ideal of affirmation, presented by Rosi as a key to social justice and a productive life as a ‘posthuman scholar’, was clearly grounded in the everyday practices of the scholars present. Sharp and insightful analysis of the troubling was always accompanied by a fascination with the more hopeful elements of the technologies, ecologies, or politics which were being examined. People showed a calm appreciation of their colleagues’ thought and engaged in debate through enthusiasm and specifications rather than critique.

The week-long workshop turned out to be a frenzy of fascinating but difficult ideas, new friendships and awkward but pleasant attempts at creating artistic expressions with a group of strangers. For me, I believe it will mark somewhat of a shift in my intellectual life. One towards ambiguity, an emphasis on relatedness, and, especially, affirmation.

The summer school runs every August in Utrecht, The Netherlands.