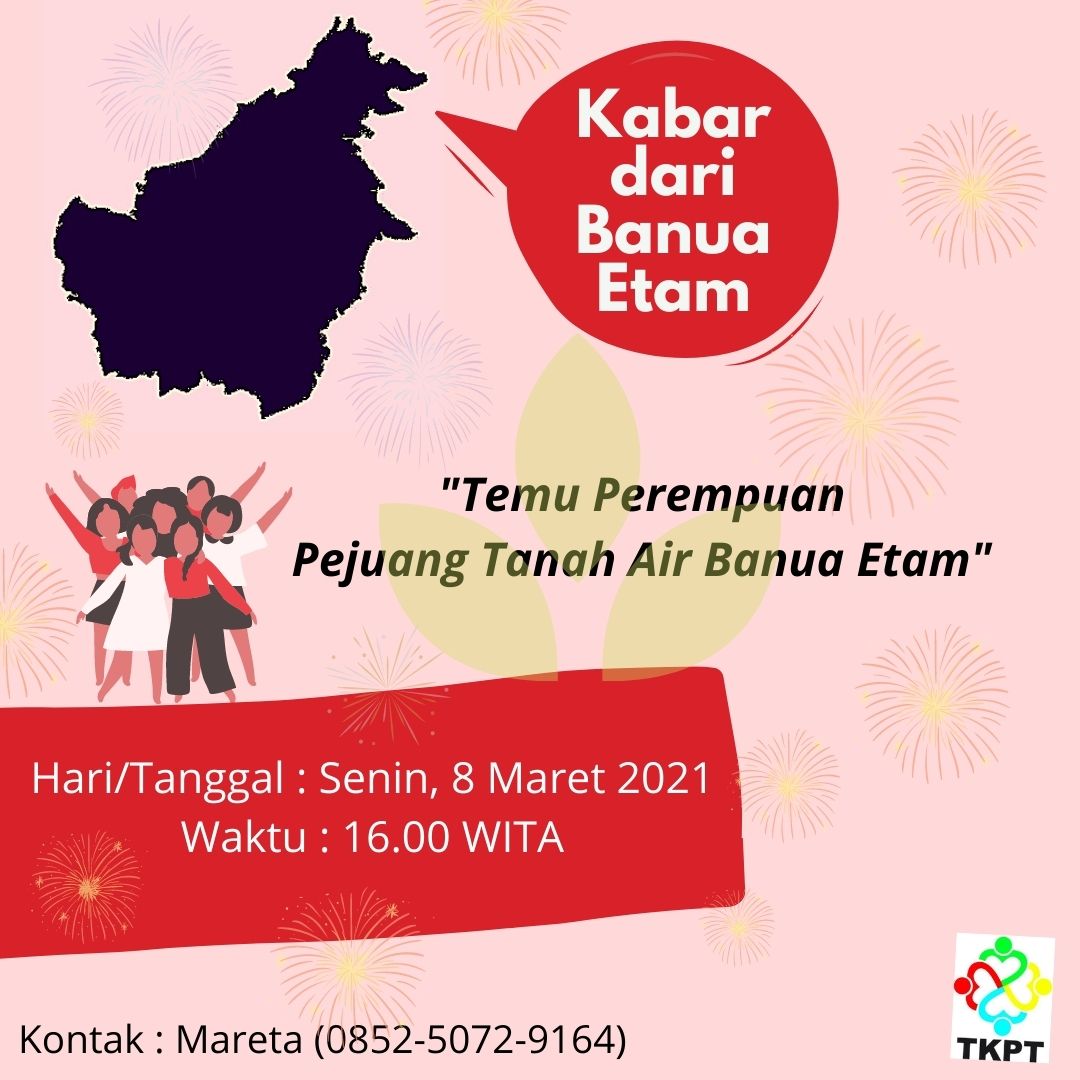 On 8th of March 2021, TKPT, a women organization in Indonesia, held the Kalimantan Island meeting. This meeting was attended by 16 women representatives from all provinces in Kalimantan Island, who rely on extractive economies – such as big mining, logging and oil palm plantation. They discussed and had a reflection on their “Tanah air” experiences.

Tanah Air is an Indonesian phrase. The original meaning is “Tanah = soil” and “air = water”.  However, Tanah Air has multiple meanings, from the place where you were born and grew up, to your ancestor territories, to your nation state. According to the participants (all women activist affected by extractives project), Tanah air is the living space for human and non-human nature that they rely on and try to defend.

WEGO researcher Siti Maimunah, who attended the meeting, wrote a poem based on the stories told by these women in their meeting. The poem is inspired by the “Feminist Political Ecology Dialog with Indonesian Youth: Feminist, Multispecies and the Second Body”, two days before the meeting. The poem is dedicated to Women Survivors and Women Right’s Defendants in Kalimantan Island, Indonesia, and to all those celebrating International Women’s Day around the world. 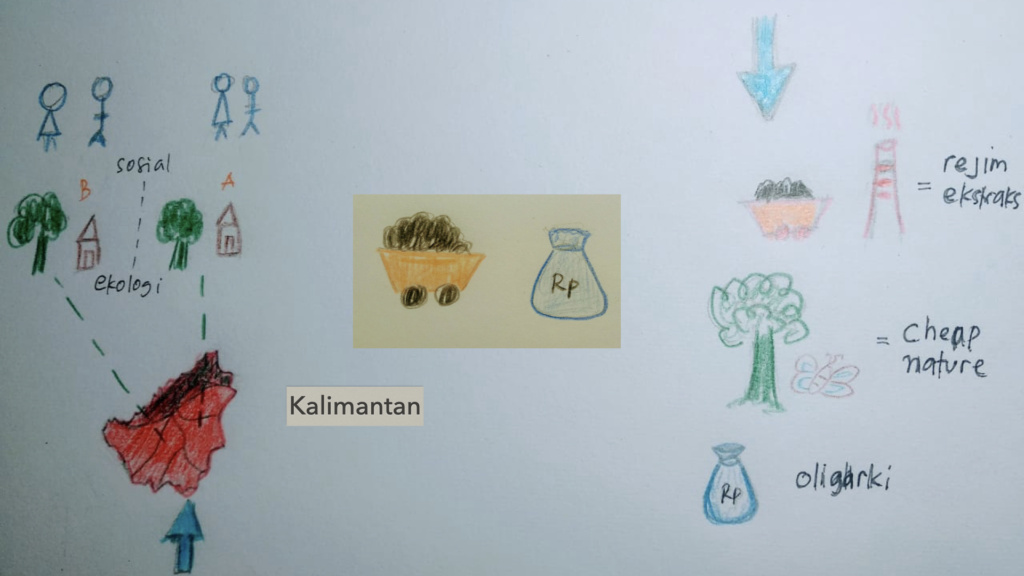 I met my second body that afternoon,
We talked until dusk came,
We talked about fields,
land spirits,
village festivals,
alternative economic,
persistence in learning,
nature’s supermarket,
coconut oil soaps,
and growing trails of the forest

I met my second body that afternoon, Tanah Air.

Ra,
I’m picturing your story about Dulau River and its ripples
About the forest eaten by countless of paper trees
About its leaves protruding like tissue papers
About its bright white fruits, blinding the mounting paper pulp
I see your story in toilets, offices and university library

Le’,
I’m reminiscing your painting of Kapuas River and its creeks
About those mud cracks in where Semendut Lake used to be
About the four villages losing their water and gaining heap of bauxite waste
About tengkawang trees that no longer stand in line along the river
I see your painting on food cans, on cars in the streets and on batteries

Jan,
I’m listening to your tale about Malinau River and its hospitality
About the oil palm trees replacing what once was a rainbow forest
About those catfish carrying palm fruits between their skinfolds
About the fish and water that used to be sweet, now tasteless and oily
I read your tale in cosmetic bottles and boards in gas stations

Jul,
I’m daydreaming about Sanga-sanga River and its gloriousness
About your alienation from land that now moves when it rains,
About the necessity to build a dam using sandbags
About the cracked dry land, and gaping holes of toxic water
I see your frustration at traffic lights in metropolitan cities in the island of Java

Sar,
I’m reminiscing about Mahakam River and its edges
About the ships full of hundreds of Meranti trunks
About the coal barges lining under the bridge
About the drinking water costs a third of the labors’ minimum wage
This memory is written in the list of children who died in coal mine pits

Had,
I’m heeding your story about Santan River and its guardian crocodile
About the damaged upstream and the now regular floods
About the powerless Balians against the crocodiles who prey its neighbours
Your story is on the faces of the rich at the President Palace and Parliament Office

Ann,
I’m picturing Barito River and the floating market
About the foul pilgrims of coal toying with their religion
About the capital city lying below the sea level and the giant pits
The picture sticks to the flash floods that drowned the capital

Still, I’m also listening to Suket’s story
About the female rattan weavers who are related to land spirits
About the farming rituals to honor land, rice, and forest
About “Unang Telang Otah Ine,” for the forest as breast milk
About the belief that forest is the true life provider

Still, I’m dwelling about the story of Had,
About the youth of Santan who bring life back to their village
About the the goal of recovery surrounded by giant mines and palm oil siege
About the spirit of learning and building an alternative economic
About the hopes of the independent festivities and communality

I met my second body that afternoon, Tanah Air.