The population question remains a troubled one for FPE investigations. Feminist scholars have raised concerns that questions about the ‘carrying capacity of the earth’ can lead to discourses of racism and increased efforts in the technological control of particularly poor women’s bodies. At the same time, fears of population growth are strongly present in scientific and popular environmental debates. Following Donna Haraway’s call, to ‘stay with the trouble’ the ESR will employ a FPE framework to take a critical look at the environmental justice debates about the impact of increasing numbers of people on future societies, economies and other species. The ESR will work with communities engaged in environmental justice in order to analyse how the population question is being discussed in environmental justice movements and to explore how ‘reproductive freedom’ can be understood differently in FPE approaches given the impact of growing numbers of people on the environment and society.

A mapping out of how reproductive freedom is being addressed in environmental justice movements.

Milja began her PhD project as a Marie Sklodowska-Curie ESR fellow at the International Institute, Erasmus University in September 2018. PhD courses she has taken at the Erasmus University include: Con/Text analysis, Self-Presentation, and Presentation Skills. Other courses she took in The Netherlands were: ‘Thinking at the Edge’ and a summer school at the Utrecht with Professor Rosi Braidotti called ‘Posthuman Knowledges’. She completed a three month secondment at the University of Brighton, during which she took seminars in New Materialism and took part in reading groups at the University of Cambridge and King’s College London. At Cambridge, she also participated in the symposium ‘Film as Method in the Geo-Humanities’. She was active in WEGO as PhD representative on the Executive Committee for the first year of the programme (2018/2019). During that time, she also convened monthly digital meetings between all the PhD students. In 2020, she has actively worked on editing the WEGO website and content on it, including bringing together the online learning section of the website. As part of her outreach activities, she took part in the Utrecht chapter of Extinction Rebellion. 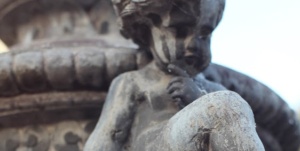 Donna Haraway is no stranger to controversy. In her long and successful career of feminist provocation she perhaps has never ...
Read More 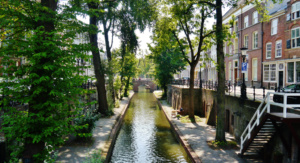